Monterey’s regional water restrictions are among the highest in the state due to threatened species in the Carmel River and a court-ordered use reduction of the Seaside Groundwater Basin―the two main water sources for the Monterey Peninsula. The urgent need for a water supply solution became the catalyst for creating a reliable and environmentally sound solution to the community’s decades-long water supply deficit.

The Monterey Peninsula Water Supply Project (MPWSP) is intended to replace existing Carmel River and Seaside Groundwater Basin supplies that are constrained by legal decisions, remedying critical habitat issues for the Carmel River and critical water supply issues for the Monterey Peninsula community. Poised for final permitting approval, the project includes subsurface slant wells that would extend offshore into the submerged lands of the Monterey Bay National Marine Sanctuary (MBNMS). Source water would then be conveyed inland to a desalination plant, the brine would be discharged through an existing wastewater outfall, and the desalinated water would be delivered to the Monterey Peninsula customers and/or stored in the Seaside Groundwater Basin.

The MPWSP is intended to replace existing Carmel River and Seaside Groundwater Basin supplies that are constrained by legal decisions. The approved MPWSP includes seven subsurface slant wells located at the site of the retired CEMEX Lapis sand mining operation in the northern coastal area of the City of Marina, that would extend offshore into the submerged lands of the MBNMS. A source water pipeline would convey the source water 2.5 miles inland from the wells to a 6.4 million gallons per day (mgd) capacity desalination plant, to be constructed in unincorporated Monterey County. The brine would be discharged into Monterey Bay through an existing wastewater outfall in the MBNMS. The approved project would also include improvements to the existing Seaside Groundwater Basin aquifer storage and recovery (ASR) system facilities, which would enable CalAm to inject desalinated water into the groundwater basin in wetter years for subsequent extraction and distribution to customers in drier years. The approved project also includes a pump station, about 20 miles of pipelines, and a water purchase agreement for 3,500 acre-feet per year (AFY) of advanced treated recycled water from the Pure Water Monterey Groundwater Replenishment (GWR) Project.

California American Water Company (CalAm) is an investor-owned utility regulated by the California Public Utilities Commission (CPUC). In 2005, CalAm filed an application with the CPUC seeking approval for a new water supply to replace existing supplies drawn from the Carmel River/Carmel Valley Aquifer to serve its Monterey Division customers. The proposal consisted of a desalination plant, 19 miles of conveyance pipelines, aquifer storage and recovery facilities, and related facilities. ESA prepared the CEQA documentation for the CPUC as the CEQA lead agency. This included an extensive pre-consultation process, public noticing of the intent to prepare an EIR, scoping meetings in Monterey, and preparation of a comprehensive EIR on CalAm’s proposal, as well as revised alternatives that included subsurface intakes and a desalination plant at North Marina in addition to the community-developed Regional Water Supply Project. The EIR received final approval by the CPUC in December 2010.

However, in April 2012, CalAm withdrew its support for the Regional Water Supply Project and submitted a new application asking for the CPUC’s approval to build, own, and operate a desalination facility for water supply. This became the Monterey Peninsula Water Supply Project (MPWSP), which incorporated many of the same elements previously analyzed in the original EIR, including a desalination facility and subsurface slant wells at new locations, improvements to the existing Aquifer Storage and Recovery (ASR) system, and most of the alternative conveyance and storage facilities that had been evaluated.

ESA’s Draft EIR on the MPWSP was published in April 2015 and included an extensive analysis of a smaller desalination project that would be paired with a water purchase agreement to allow CalAm to purchase advanced treated recycled water from the Pure Water Monterey Groundwater Replenishment (GWR) Project.

After considering comment letters from various federal, state, and local agencies, special interest groups, and individuals, and based on conversations with Monterey Bay National Marine Sanctuary (MBNMS), the CPUC Energy Division announced that the Draft EIR would be modified and recirculated as a joint EIR/EIS in coordination with MBNMS. The groundwater modeling would be peer-reviewed and updated by a new groundwater modeling consultant, and the recirculated document would further consider as alternatives the two other active desalination proposals at Moss Landing: the Monterey Bay Regional Water Project (aka DeepWater Desal) and the People’s Moss Landing Water Desalination Project (the People’s Project).

ESA facilitated and presented at the MBNMS NEPA scoping meeting. To address questions about the accuracy and credibility of the groundwater modeling work that was the subject of comments regarding the potential for conflict of interest, ESA contracted with the Lawrence Berkeley National Laboratory to conduct an independent evaluation as well as with a new hydrogeologist to revise the groundwater model for the EIR/EIS. ESA organized and facilitated a Groundwater Modeling Workshop for the public and interested stakeholders where the results of the peer review and the revised groundwater model were presented.

The thorough and complex Draft EIR/EIS underwent extensive review and was published in January 2017. Following an extended comment period, ESA prepared the eight-volume Final EIR/EIS, which was published in March 2018. In September 2018, the CPUC certified the EIR and approved the MPWSP. It is the first desalination project EIR/EIS to be published and certified in compliance with the 2015 Amendment to the California Ocean Plan. In February 2019, two parties to the CPUC proceeding filed Petitions for Review with the CA Supreme Court, arguing that the EIR/EIS was deficient for a number of reasons and that the CPUC erred in its decision to certify the EIR and approve the project. The Court disagreed, and in August 2019, the CA Supreme Court denied the Petitions for Review.

The California Coastal Commission will likely consider CalAm’s application for a Coastal Development Permit (CDP) in 2021 for the project components west of Highway 1. The State Lands Commission will consider CalAm’s application to lease a portion of the seafloor for the offshore project components and the Regional Water Quality Control Board (RWQCB) is expected to consider a permit for CalAm to discharge brine into Monterey Bay. MBNMS would then be poised to issue a Record of Decision, that will authorize the CDP and the discharge permit from the RWQCB.

CalAm initiated construction on the project pipelines in September 2019. ESA is providing the CPUC and MBNMS with third-party construction monitoring services to ensure CalAm is complying with all the mitigation measures identified in the EIR/EIS.

Connect with our team 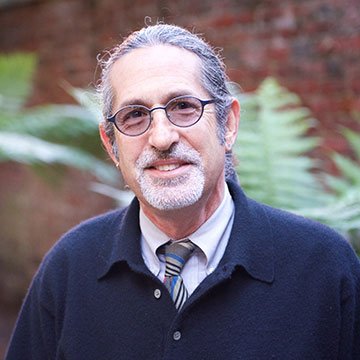 "A huge thank you to everyone for all you did to get this project poised for consideration of approval. Its approval truly is history making, and the proponents of the project are grateful for everyone’s efforts, from the beginning of the project a mere 17 years ago. It has really been a time-and-a-half effort on a straight-time schedule, and we couldn’t have done it without everyone’s dedicated efforts and diligence" 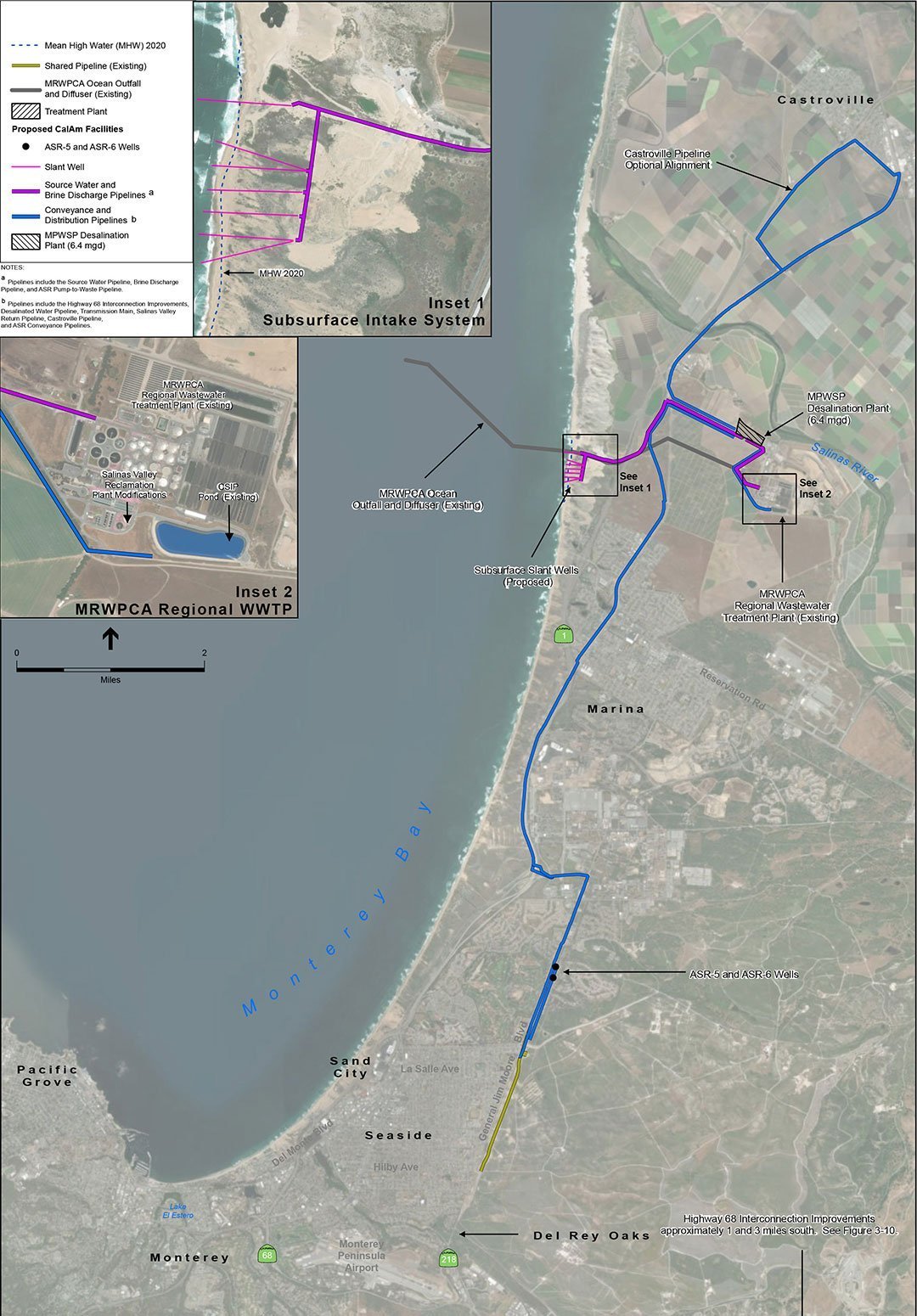 Learn more about Structured Decision Making, and how ESA is using this process to help...