An Arena Fit for the Kings

Development of new sports arenas and stadiums for major league professional sports teams has been fueled by public-private partnerships, public subsidies, and wealthy team owners looking to have dedicated facilities for their team. Cities across the country are recognizing the benefits that can be reaped by developing an arena in an urban environment. The Sacramento Entertainment and Sports Center—now known as the Golden 1 Center—is one such arena that transformed a dilapidated part of downtown Sacramento into a new, vibrant entertainment district.

As the centerpiece of the larger Sacramento Entertainment and Sports Center project, the Golden 1 Center is the home of the Sacramento Kings NBA basketball team, offering 697,000 square feet of space and 17,500 seats. Within a year of its opening in September 2016, the arena hosted more than 350 events—including 42 concerts—which brought 1.6 million visitors through the downtown area. In fact, the venue has hosted 10 of the top 20 biggest musical tours in 2017.

The Downtown Sacramento Partnership (DSP)—a private, non-profit organization dedicated to the improvement of the central business district—notes that the arena “has created new investment and interest in downtown while directly impacting the region’s economy and quality of life.” Detailed analytics demonstrate that the Golden 1 Center has directly affected how downtown functions both as an employment hub and as a destination center. For example, in mid-2018, the DSP noted that downtown employment grew by 44 percent since the start of construction of the Golden 1 Center, with 37 new ground-floor retail businesses opened during the arena’s second year and another 38 new retail businesses expected to open in the coming months.

Now known as Downtown Commons, the arena and the nearby Kimpton Sawyer Hotel anchor an active plaza peppered with public art. With 250 rooms and suites, and 45 upper-level residences (including one that sold for $4.1 million in May 2018), the hotel is pumping additional revenue into the local economy. Restaurants and retail spaces line the public plaza, and more are on the way, creating a lively scene even on non-event days. Special events are also planned throughout Downtown Commons—silent dance parties, laser light shows, live music, brunch events, and children’s festivities.

By bringing a variety of retailers, restaurants, and destination amenities together in one location, patrons are finding new ways to access the Golden 1 Center, Downtown Commons, and other nearby amenities. Uber introduced JUMP Bike to Sacramento and now has 900 bikes deployed downtown; they are a standard sight outside of any downtown hotspot and many people use them to hop from location to location. New protected bike lanes along busy travel corridors in downtown provide for dedicated bike travel and safer biking experiences.

People are also discovering that urban living has perks. New residential units are being built at a dizzying pace, including new units at The Hardin (137 units), Tower 301 (100 units), and Railyards (303 units). These residential units, and others coming into the marketplace, support the economic vitality of the area and help round out downtown as a place where people can truly live, work, and play.

The Golden 1 Center’s impact on downtown has been so profound that the Sacramento Business Journal selected it as one of the region’s Best Real Estate Projects in 2017. DSP observes, “Everywhere you look, new projects and burgeoning retail and entertainment experience are breathing energy and life into downtown.” And the Golden 1 Center is at the heart of it all.

For more information about environmental documentation for sports facilities, please contact ESA’s Christina Erwin at cerwin@esassoc.com or at (916) 564-4500. 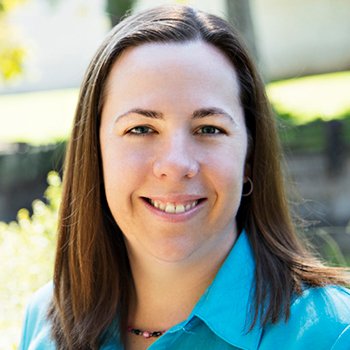 Just a year after its opening, San Francisco’s Chase Center, home to the NBA Golden...

Brian serves as a Project Manager for all levels of CEQA and NEPA documentation for...