Bus Rapid Transit (BRT) is a high-quality bus-based transit system that delivers fast, comfortable, and cost-effective services at rail transit capacities. By providing high-capacity transit at a much lower cost and being more dependable than standard bus service, BRT is recharging our communities by helping solve transportation issues, encouraging sustainable growth and development, and transforming the way people are getting to major employment and education centers.

Across the nation, there has been a mobilization for better public transit in medium to large cities. In recognition of this, 34 ballots―—totaling $9.3 billion in funding―—were passed during the November 2018 midterm elections that support development and expansion of public transit. As communities contemplate what mix of mass transit solutions best meet their needs, BRT has become increasingly popular due to its ability to transport a large number of passengers—―from 50,000 to 350,000 riders per day—in a flexible and adaptable manner.

Because of its use of existing road infrastructure, low operation costs, ability to use a variety of bus types, and ease of physically and operationally integrating with existing fixed bus routes, BRT is a great choice for communities looking to build out their mass transit network in a relatively expedient and cost-effective manner. BRT continues to be a preferred public transit solution all over the country, including within ESA’s four regions: Southern California, Northern California, Florida, and the Pacific Northwest.

In California, Caltrans recognizes that BRT is “one of the most attractive investment choices.” There are already approximately 40 BRT lines that are operational in California, and at least one more line is projected to be operational by 2028 in the Sacramento area. There are two existing BRT lines in Florida, one in Miami and one in Orlando, and ballots were passed this fall in Broward County and Hillsborough County to increase transit funding and support development of new BRT lines. Oregon has one BRT line in Eugene, and Lane Transit is looking to expand its BRT service. In Portland, Oregon, the Division Transit Project—a BRT line running between Portland and Gresham—has been in the planning stages for a number of years.

In Washington State, Snohomish County’s transit agency (Community Transit) has blazed the trail for BRT implementation—initiating its Swift service (the Blue Line) in 2009. Since then, Community Transit has started construction on another line (the Green Line) and is in the planning stage for a third line (the Orange Line), slated for operation in 2024. In Clark County, C-Tran launched its BRT system (The Vine) in January of 2017. The Vine has not only resulted in increased transit ridership, but has been the catalyst for six new affordable housing projects and investment in transit-oriented development along the BRT route. C-Tran has started planning its next line, with construction anticipated in 2020/2021. The Spokane Transit Authority is in the planning stages for its inaugural BRT Line (Central City Line), which is slated to open in the fall of 2021 and provide one million rides annually.

In the Puget Sound Region, where intense population growth has occurred and is projected to continue, BRT has been identified as a necessary transit improvement to connect riders to the larger multimodal regional network. The Seattle Department of Transportation (SDOT) has seven new RapidRide lines that are planned to be in service by 2024, part of King County Metro’s overall plan to have 13 new lines in service by 2025, and another seven by 2040. In addition to this, Sound Transit has two new BRT lines that are planned to be in service by 2024. Pierce Transit plans to follow suit with its own BRT system, slated to start service in 2022.

Recognizing the emergence and importance of BRT in our communities, ESA staff (Jessica Conquest and Linda Amato, with assistance from Sharese Graham) along with representatives from regional transit agencies—Community Transit, C-Tran, and Spokane Transit Authority—hosted and participated in a session at the American Planning Association (APA) Washington Chapter Annual Conference. Entitled Bus Rapid Transit: Reconnecting our Communities, the session focused on early planning, implementation, and operations of BRT systems, along with key environmental considerations.

Over the last decade, ESA’s planners, scientists, and cultural resources specialists have assessed environmental impacts for a number of BRT projects in western Washington, including both of Community Transit’s BRT lines (Swift Blue and Swift Green lines), SDOT’s Madison BRT line (operated by King County Metro), and Sound Transit’s I-405 and State Route 522 BRT lines. Despite these projects differing in design and varying in location, there are a number of commonalities when it comes to the environmental review process. During the APA session, we presented key strategies for an environmental approach and discussed how to identify potential impacts associated with common design choices.

It is important to strategize the funding and environmental approach early on in the processes to ensure the right level of environmental documentation is conducted. The level of effort required often depends on the proposed design, where it is sited, and if a federal nexus is involved (such as a project that receives federal funding, a federal permit, or other federal authorization). Clarifying the funding source, lead agency, and appropriate level of documentation early in the project translates into a more seamless environmental process.

In our experience working with Community Transit and SDOT, we have found that BRT has minimal environmental impacts. However, the potential for various types of impacts often depends on design choices. For the APA session, we focused on environmental implications associated with use of different bus types (i.e., electric versus hybrid electric-diesel), work within or outside of the existing right-of-way, use of island stations, and a layover area. Our extensive BRT environmental planning experience, which we showcased at the APA event, can be universally applied to BRT systems nationwide.

ESA, in partnership with engineering firm Olsson, created a cloud-based solution for agencies to tap... 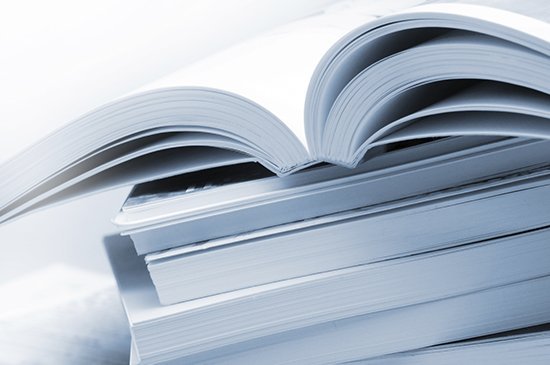 Located in the northwestern portion in Riverside County, California, the city of Moreno Valley is...