After a period of general decline, central cities are on the rise again. This surge of people and businesses choosing to take root in city centers reflects a shift back to the preference for a lively urban lifestyle, ease of access to transit, and celebration of local arts and culture. Cities are looking for opportunities to capitalize on this changing dynamic.

It was not very long ago that a company could decide where they wanted to be located and employees followed. This contributed to a period of general decline, as central cities witnessed an exodus of companies moving their headquarters away from city centers, and into the more “family-friendly” and “affordable” suburbs.

There is a new trend with a growing number of employees, millennials in particular, deciding where they want to live first and then finding jobs. Companies are following the talent. Many of these employees’ desire to live in active, walkable, and urban environments with housing, jobs, transit, and shopping in close proximity. A number of innovation-driven businesses such as Airbnb, Twitter, Pinterest, Salesforce, Expedia, and Amazon have sought out central cities to attract this new generation of highly skilled workers.

In response to this changing dynamic, many cities are working hard to enhance amenities, attract housing, and draw new and relocated businesses. Development in central city locations can, however, be contentious, complicated, and costly. ESA has been teaming with our urban communities to address these challenges and help them position in the 21st century economy.

Facilitating Workforce Housing in Sacramento
In 2015, the former mayor of Sacramento launched the Downtown Housing Initiative to bring 10,000 places to live in downtown Sacramento within 10 years, a kick-start to achieving the General Plan housing goal of 23,000 total units within the “Central City” by 2035. As with many communities, housing development has been somewhat challenging to build in Sacramento’s Central City due to a variety of factors, including higher land prices than surrounding areas, limiting regulations, lengthy development review processes, and infrastructure constraints.

In June 2016, ESA teamed with the City of Sacramento to prepare the Central City Specific Plan (CCSP) and Environmental Impact Report (EIR) that establishes a vision, a policy framework, and actions to guide development and infrastructure decisions in the next 20 years. The CCSP incorporates a variety of amenities to attract residents, businesses, and visitors, including the new Streetcar transit system, improvements to bike lanes, pedestrian linkages, and inviting public art. The plan also delineates a Special Planning District to allow for higher building heights and greater densities within one-half mile of a transit station, and sets a goal for 25 percent of new housing to be affordable for lower income households.

To meet their goals, the City incentivized development by reducing open space and parking requirements, and the EIR enables California Environmental Quality Act (CEQA) streamlining for development within the plan area, making the environmental review process more efficient. In addition to facilitating housing development in the Sacramento core, the City has planned for the long-term development of a vibrant community that is complete with housing and jobs as well as access to entertainment, art and culture, recreational facilities, and parks.

Encompassing what was formerly a low-rise industrial area, the Central SoMa Plan seeks to introduce new uses, building sizes and heights, amenities, and improvements in a transit-rich area to support the emerging high-tech industry. Equally important is the protection of the community’s industrial and arts uses and providing housing to serve the burgeoning workforce. In response to this, the Central SoMa Plan will add roughly 63,600 new jobs to the plan area by 2040, along with 14,400 new market-rate and affordable residential units accommodating 25,500 new residents. In addition, new development allowed under the plan will provide significant amenities and public benefits, including substantial transit investments, open space and recreation opportunities, arts and creative spaces, school funding, and historic preservation funding to support expanded growth and enhance quality of life.

At the heart of the Central SoMa Plan is the desire to introduce millions of square feet of employment, residential, and commercial space to help relieve the housing affordability crisis and to reduce greenhouse gas emissions by locating people near employment opportunities and convenient transit services. 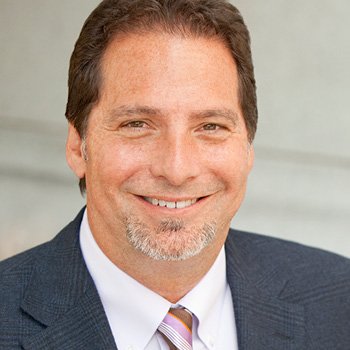 How California Plans to Address Its Housing Crisis

As the State of California works to address a multitude of challenges facing the economy...

Across the spectrum of climate hazards the impacts of climate change will fall hardest on...