As with any environmental stressor, the impacts of climate change will not affect everyone equally. Across the spectrum of climate hazards—from flooding and extreme weather events, to deteriorated air quality, to severe droughts—the impacts of climate change will fall hardest on those who are historically over-burdened and most susceptible, including the elderly, infants and children; people and communities of color; and people living in poverty.

The environmental justice movement—which seeks the same degree of protection from environmental and health hazards and equal access to the decision-making process to have a healthy environment in which to live, learn, and work for all people regardless of race, color, national origin, or income—traces its origin to the civil rights movement of the 1960s. Over the last decade, the Environmental Justice movement has increased its response to the need for protecting those most vulnerable to climate change, and for sharing the costs and benefits of climate change and its impacts equitably and fairly. ESA’s sustainability and air quality analysts have been at the forefront of developing Climate Action Plans (CAPs), Health Risk Assessments, Health Impact Assessments, and other environmental planning documents to help cities create healthier communities for all (see “A Public Health Framework for Mitigating Climate Change” from the September 2017 ESA Connects for more information).

The Gateway Cities region of southern Los Angeles County consists of 27 cities that together have a total population of more than two million. The Gateway Cities region is also home to the Port of Long Beach and major transportation corridors, and adjacent to the Port of Los Angeles and numerous refineries and other heavy industries. As such, this region has long been a focus of environmental justice concerns due to persistent air pollution burdening resident populations. Nearly three-quarters of Gateway Cities’ residents live in census tracts designated by the California Environmental Protection Agency (CalEPA) as “disadvantaged communities.” These communities tend to have high unemployment, persistent poverty, health sensitivities and/or lack of health care access, and low levels of educational attainment. Such factors make these communities highly sensitive and more vulnerable to climate change exposure.

In addition to existing environmental health issues, the Gateway Cities region is susceptible to the looming effects of climate change, such as higher average temperatures, longer and more severe droughts punctuated by high-precipitation years, heat waves, flooding in low-lying areas from more intense storms, and higher levels of air pollution. These climate change hazards will directly and indirectly impact critical infrastructure, public health, natural systems, and the regional economy. For disadvantaged communities, the burdens are compounded by having fewer resources to prepare for or recover from the impacts of climate change.

ESA, along with the Institute for Local Government, is currently leading a project to develop a Climate Action Plan Framework (CAP Framework) for the Gateway Cities Council of Governments (COG) that addresses climate justice concerns head on. Through the CAP Framework, member jurisdictions will be provided tools, templates, and guidance to integrate public health and equity into long-range climate action planning that reduces greenhouse gas (GHG) emissions and increases the climate resiliency of vulnerable local communities.

The COG recognizes it has an important role, in partnership with its member cities and community-based organizations, to educate and engage the public on climate change issues, and to promote community involvement in actions to reduce climate change risks, particularly among disadvantaged populations. The CAP Framework will help the COG’s member cities “connect the dots” between climate protection and local benefits to health, equity, economic development, and community resilience.

The CAP Framework’s tools and guidance are allowing the cities to identify and prioritize local measures that reduce GHG emissions and improve resilience while aligning with local planning priorities. Resources allow member cities to identify specific communities and demographics that are particularly vulnerable to climate change hazards and to integrate equity as a key planning principle. In developing the CAP Framework, we are addressing the following series of questions to evaluate potential benefits and burdens related to measure implementation and how they relate to known social and racial disparities:

This innovative approach will help educate and engage the public on climate change issues, build political support, and promote community involvement in actions to reduce emissions and build resiliency to climate change. It also positions the Gateway Cities to receive more in-state funding to implement local GHG reduction and climate change adaptation programs, because a large portion of the funds collected by the state Cap and Trade program are earmarked to benefit disadvantaged communities.

In this way, at least, a region that has long borne the brunt of industrial pollution may end up getting its fair share of benefits from statewide efforts to mitigate and prepare for climate change. To find out more about our ongoing work with community leaders and planners to create toolsets and plans for successful environmental justice initiatives, please email Jeff Caton and Heidi Rous. 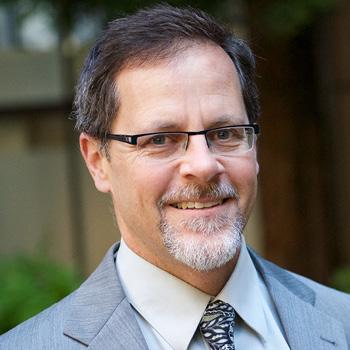 According to the World Health Organization (WHO), “Although global warming may bring some localized benefits,...

More Than Just the Ride: The Pursuit of Mobility Justice

Since the beginning of the interstate highway system in the late 1950s, transportation facilities were...

For decades, we have been watching the devastating effects that climate change has had on...