Formed in Spring 2014, the Climate Science Advisory Panel (CSAP) is an ad hoc network of recognized scientists and resource managers working in the Tampa Bay region (Figure 1). The group’s goal is to collaboratively develop science-based recommendations for local governments and regional agencies as they respond to climate change and associated sea-level rise (SLR). ESA principal scientists Dave Tomasko and Doug Robison were appointed to the CSAP and have been actively engaged in the work of the panel since its inception.

The Tampa Bay region of Florida, with nearly 700 miles of shoreline and three million residents—most of whom live near Tampa Bay or the Gulf of Mexico—is highly vulnerable to the potential effects of SLR (BEBR 2019). Citizens, emergency managers, and regional leaders have been accustomed to thinking of hazards in terms of the episodic effects of hurricanes or coastal storms; however, it is also important for local governments and regional agencies to consider the long-term, sustained effects of SLR on real property, quality of life, and, perhaps most important, our ability to sustain growth in the regional economy. The Tampa Bay regional economy is closely tied to both the Gulf of Mexico and Tampa Bay. It is valued at $170 billion, with $51 billion directly influenced by the Bay itself (TBEP and TBRPC 2014). A number of recent reports have identified the Tampa Bay region as one of the most vulnerable coastal metropolitan areas throughout the world due to SLR and flooding (World Bank 2013, Climate Central 2017). Regional measurements show the Tampa Bay region is already experiencing SLR and there is broad scientific consensus that this trend will continue on into the next century.

The CSAP first released a recommended projection of SLR in the Tampa Bay region in 2015. The original recommendation (CSAP 2015) included a set of projections that were regionally corrected to the St. Petersburg tide gauge and consistent with the Third National Climate Assessment. The 2019 update assesses the Fourth National Climate Assessment and makes further local corrections. The 2019 Tampa Bay regional SLR projections are shown in Table 1. 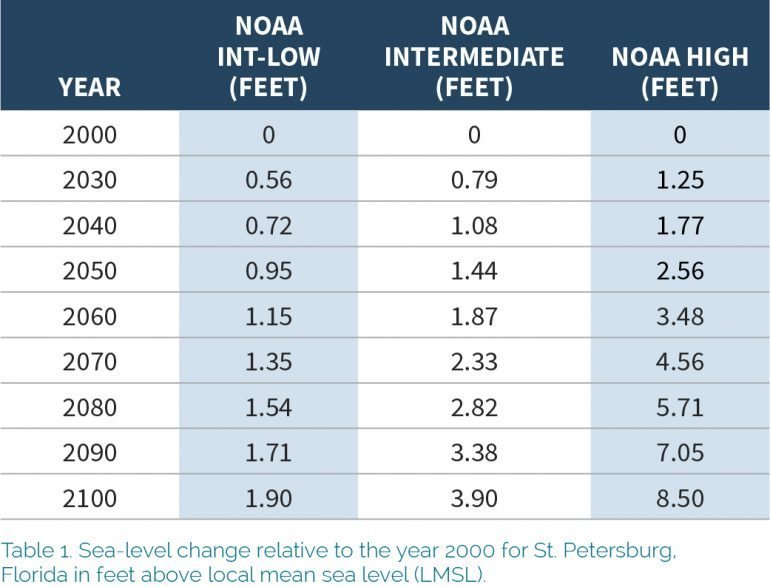 With these shared projections, local governments can coordinate, develop, and implement appropriate coastal adaptation and risk reduction strategies. If adaptation strategies are not implemented, cities throughout the Tampa Bay region will likely experience the following conditions, all of which may result in substantial economic costs:

Coastal adaptation and risk reduction strategies that Tampa Bay area communities are currently exploring include the construction of living shorelines as well as modifications to urban storm drainage systems. ESA is a leading consultant in the design and implementation of living shoreline projects, with projects currently under way with several local governments in the Tampa Bay region. For more information, please contact Doug Robison. 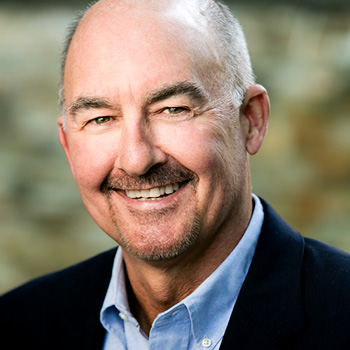 In early April, emergency crews began draining millions of gallons of high-nutrient wastewater from the...