It has taken a decade, but thanks to a remarkable partnership between neighborhood activists, a nonprofit developer, and the City of Portland, a landfill in northeast Portland has been transformed into a park. And not just any park: since it opened in June, the 25-acre Cully Park features community gardens and sports fields, a fitness course, play and picnic areas, an off-leash dog park, native prairie habitat restoration, and a Native American inter-tribal gathering area.

Because it is on a former landfill, the site is higher than surrounding areas, offering rare vantage points to enjoy views of the region’s signature features, such as the Columbia River Gorge, Mount St. Helens, and Mount Hood. “This is going to be a destination,” said Alan Hipolito, executive director of Cully Park’s nonprofit developer Verde, as quoted in the local The Hollywood Star newspaper. Building on a landfill also raised health and safety concerns, and ESA and its partners were challenged to develop specialized landscape architecture and civil engineering approaches.

But the biggest challenges facing Cully Park arose years before the design and engineering work was completed. A master plan for Cully Park for Portland Parks was completed in 2008—just in time for the Great Recession to impact the City’s revenues, forcing it to reduce budgets across all departments and delaying further work. Support for the park was strong in the Cully neighborhood, a diverse low-income community that had long been underserved with parks and recreation opportunities.

Verde, at the time known as “Hacienda Community Development Corporation,” formed the grassroots group Let Us Build Cully Park, where they were able to work with the City to create a unique public-private partnership in which Verde would develop the park and the City and the nonprofit would collaborate to raise the $11.3 million budget.

Under Verde’s leadership, ESA revised the park’s master plan. The original plan—which emphasized sports fields—was updated through an inclusive community visioning process to include new features like facilities for after-school programs and the Cully Park Inter-Tribal Gathering Garden area, which includes a prayer mound, bartering circle, and gathering garden. The Native American Youth and Family Center (NAYA) also informed the design of the gathering garden and took responsibility for helping with planting and maintenance—in exchange for obtaining permission from Portland Parks to harvest plant materials, something that is ordinarily not permitted at city parks. Student groups researched park and playground designs and presented their own ideas at community design charrettes, which developed into three shaded play areas that provide a mix of traditional play equipment and landscape-inspired play opportunities.

As the overall plan for the park took shape, ESA and our consultant team were challenged to create an inviting design while accounting for potential differential settlement and protecting the impermeable cap, collection pipes, and flare installed to collect and burn off methane gas when the landfill was closed.

The cap raised a set of major challenges, including where to locate and how to design the parking, circulation, fields, gardens, play areas, and structures. Even the plant selection entailed special consideration. Trees were carefully selected so that their root structure wouldn’t risk penetration. While not all native, the species were approved by Portland Urban Forestry and the state Department of Environmental Quality.

Careful attention was paid to sealing all underground utilities to prevent methane from escaping and collecting in vaults or structures and to prevent water penetration. In a region that averages 37 inches of rain a year, stormwater management is essential. To address the cap, we developed drainage systems that use traditional pipes to discharge water to the edge of the site, where the team built a perimeter conveyance system. Drywells were constructed outside of the landfill area to allow safe infiltration. In addition, a network of perforated pipes had to be installed under fields to allow them to drain.

As the planning, landfill mitigation, design, and construction process has come to a long-awaited close and the park has enjoyed a vibrant opening to the public, we realize that the completion of this park marks a new beginning for residents in the Cully neighborhood. If you would like to learn more about this project, please reach out to Nate Robinson or Tracy Johnson. 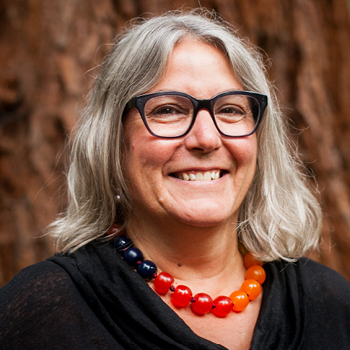 A Citizen’s Guide to NEPA: Having Your Voice Heard

The Center on Environmental Quality recently updated the "Citizen's Guide to NEPA." Find the link...

In light of the 30th anniversary of the Americans with Disabilities Act (ADA), Shane Burkhardt,...

Maximize Engagement with a Hybrid Approach to Facilitating Public Meetings

Engaging with and educating stakeholders through public meetings is a critical step in a project’s...