The Central Valley, an enormous landscape feature dominating the state of California, experiences devastating floods on a fairly regular basis. It produces 25 percent of the nation’s food (including 40 percent of the nation’s fruit, nuts, and other table foods) from less than 1 percent of U.S. farmland, making it an agricultural powerhouse. The 20,000-square-mile Central Valley is also home to significant urban areas and rural residential development. With a population of about 6.5 million people, it is also the fastest growing region of California.

Following the devastation of Hurricane Katrina, California took a strong look at the many challenges facing California with respect to flood risks and the neglected and deteriorating flood protection system. In 2007, legislation was passed that required the state to develop a Central Valley Flood Protection Plan (CVFPP) by 2012, with five-year updates to follow. As part of its broad vision for its investment strategy, the 2012 CVFPP identified a concept that would route flood flows out of the San Joaquin River―—one of the two major rivers draining the Central Valley floor―and away from the city of Stockton. This expanded flood bypass would occur through an existing distributary waterway known as “Paradise Cut.”

Subsequent to the 2012 CVFPP, ESA was engaged by the California Natural Resources Agency to leverage our ongoing work doing habitat restoration planning in the Delta and join that with the potential flood bypass concept at Paradise Cut, creating an integrated, multi-benefit project that would serve as a core element of a conservation measure in the Bay-Delta Conservation Plan (a federal Habitat Conservation Plan). ESA developed and assessed alternatives for the design of the flood bypass and associated habitat, and also engaged stakeholders to identify opportunities and constraints associated with the project alternatives.

Through the stakeholder-informed concept development process, we identified that the Paradise Cut component of the conservation measure held significant potential benefits for key species such as Chinook salmon, riparian brush rabbit, Swainson’s Hawk, sturgeon, delta smelt, longfin smelt, and other native fishes. Our preliminary hydraulic modeling results identified the potential for flood stage reductions of as much as one-and-a-half feet at key locations. These potential benefits triggered increased attention from non-governmental organizations (NGOs) and local government agencies, and the Paradise Cut project began to take form. ESA provided pro bono services to support advocacy work by NGOs and local government agencies, earning the project a prominent place in the Draft 2017 CVFPP Update, which is slated for adoption later this year.

With grant funding secured from the Sacramento-San Joaquin Delta Conservancy (Proposition 1), ESA is beginning a new effort on Paradise Cut in 2017 under contracts with the San Joaquin County Resource Conservation District and with American Rivers, a conservation NGO. ESA will refine the design concepts and work with landowners on this multi-benefit flood project that will reduce flood risk in the city of Stockton and simultaneously generate a suite of ecosystem benefits for key species listed under the federal Endangered Species Act and the California Endangered Species Act.

While it may take a decade or more to get all of the ecosystem restoration and flood infrastructure approved, funded, and implemented, this is a project that exemplifies the kind of creative, multi-benefit approach to flood planning that California is seeking to adopt now and into the future. If you would like to learn more about the CVFPP and the multi-benefit solutions being considered for the Central Valley, please reach out to Eric Ginney. 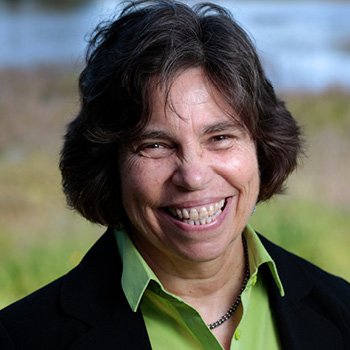 To protect and restore that habitat, it’s necessary to balance a complex web of interests,...